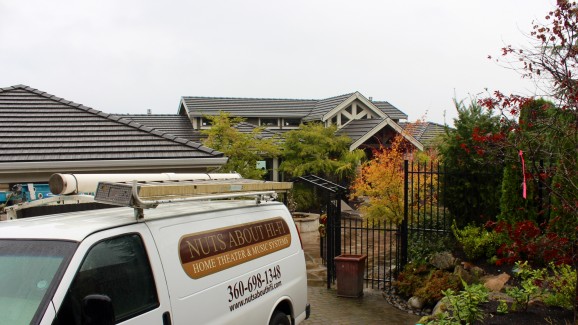 Today Adam put the finishing touches on an extensive remodel project both he and Matthew have been working on for the past few months. A very good client of ours had recently purchased a new home and asked us to design and install a low profile whole-house audio-video system that was simple to use and would perform at levels well beyond typical background house music systems.

We ended up installing over 40 Focal in-wall and in-ceiling speakers along with JL Audio’s in-wall subwoofers, 5 flat screen televisions, and a beautiful Sony projection, Focal, JL audio and Integra home theater system. The entire entertainment system can be easily controlled with several URC touch screens located throughout the home.

With the permission of our client, we wanted to share a few photos of this project. 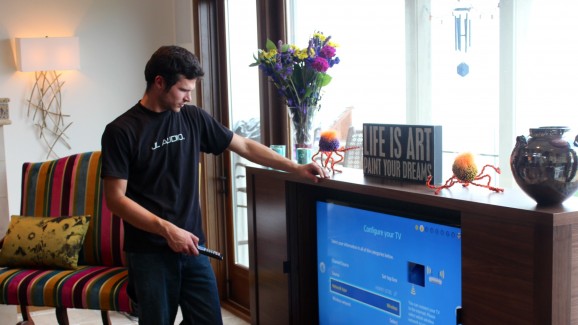 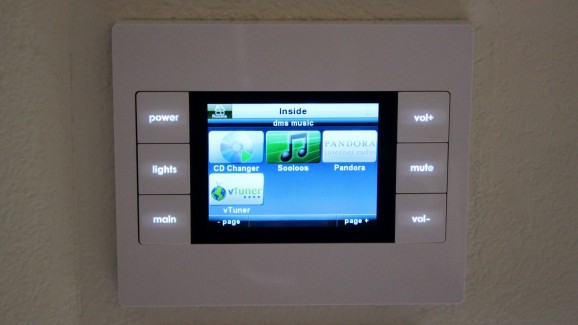 One of several URC In-wall touch screens programmed to allow audio or video to be distributed to any desired room in the home. 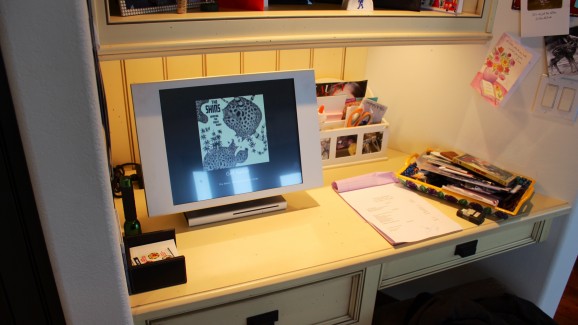 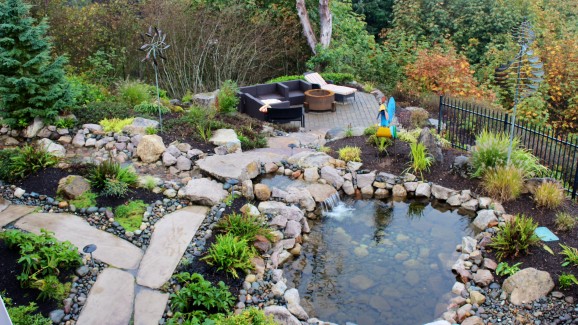 View of the grounds from the upper deck. Incognito Niles Rock speakers provide background music mixed with the calming sound of the waterfall. 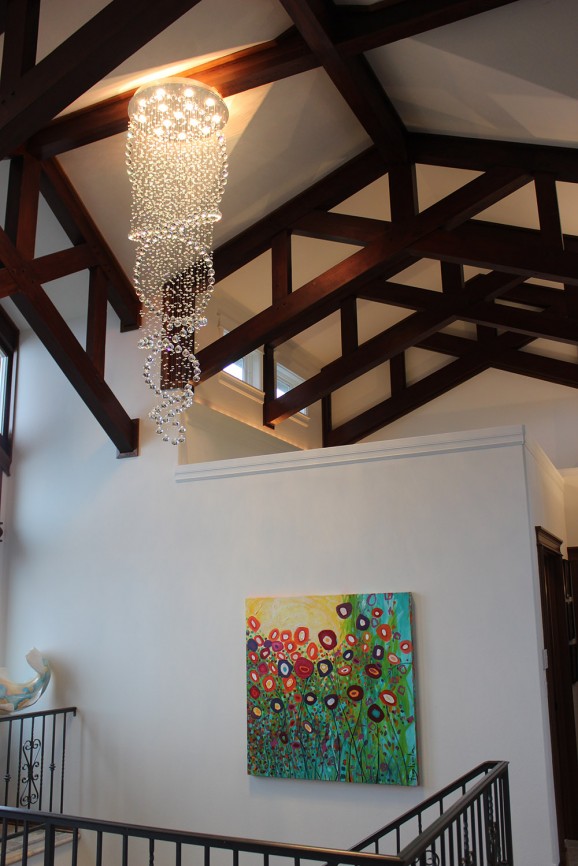 We had absolutely nothing to do with this chandelier but had to take a picture anyway. 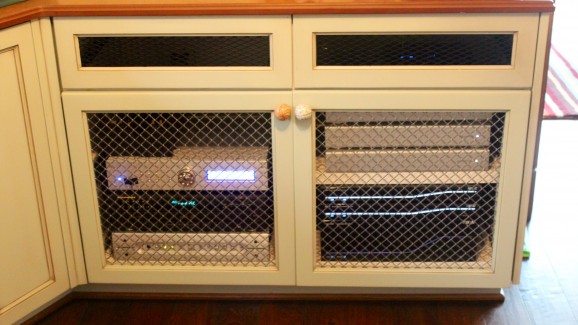 This cabinet houses all the whole house music and control components. It was modified to allow for great ventilation as some of those babies can get toasty. 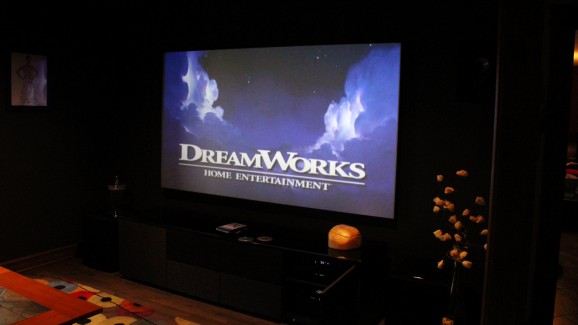 For the home theater system we chose Screen Innovations black diamond screen as it can be used day or night no matter the light conditions. 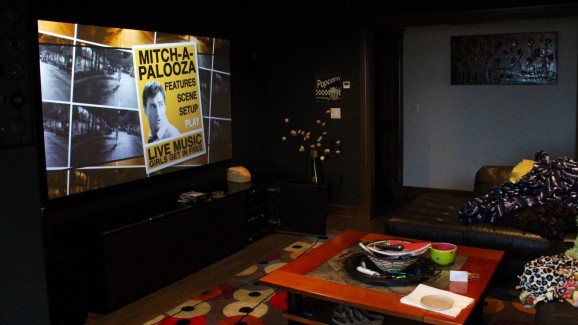 Another angle of the Screen Innovations black diamond screen. 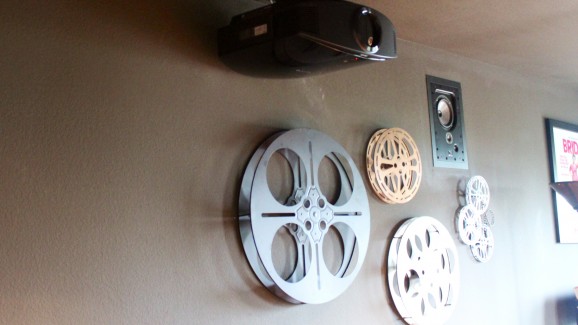 The new Sony Projector shown with the in-wall Focal in wall surround speakers.
The magnetic removable grills are off to the painters to have them match the wall color. 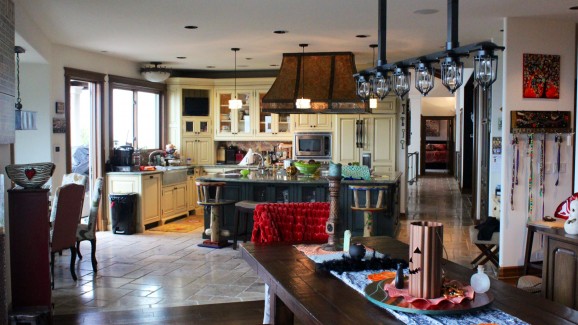 We would like to thank our lovely client and friend for allowing us to participate in helping make this home amazing. Too much fun!