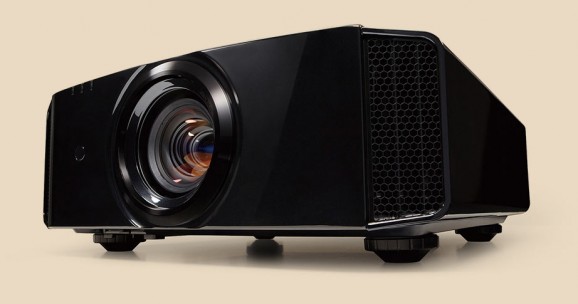 As an audio video salesman, I have customers who ask the question almost daily whether to buy an LED/LCD flat panel TV or should they go to the next step and purchase a front projector. My reply is that there is generally room for both.

In most cases the LCD/LED TV is relegated to general, all-purpose duty: watching the news, cartoons, movies, streaming Netflix or Hulu. But, it’s great to have a place where you can watch movies in all their glorious widescreen (16.9 or 2.35) beauty.

Having multiple flat screens throughout the house is commonplace these days. And yes you can watch movies on them, but I believe to get the real home theater experience you should watch on a front projector with a screen larger than 90 inches. I know…I know, there are flat panel TV’s in excess of 90 inches, but they are just that, flat panel TV’s. To me, its still watching TV.

I have known people who went out and bought an inexpensive front projector and basically projected the image on a white or off-white wall. And the first time they fire the projector up they find themselves being engulfed in whatever movie they have loaded in the Blu-ray player. I believe that the mere size of the image is what tends to draw you in. And this may be Audio/Video blasphemy, but you can watch a great movie on a 120 inch screen without great sound. I am not saying that you should, but you can. But, its not nearly as involving to watch a big blockbuster on a system with a small screen and really great speakers.

Lets think about the way we watch movies. When I was a kid we used to go to the drive-in… yes the drive-in. At the drive-in there was a screen that was 50 to 100 feet in size and each car would have their own little speakers that hung on the sides of our car, and some of the drive-ins would have an FM or AM station that you could tune to on your car stereo and listen to the movie. But that would put a strain on the cars batteries and also end in a lot of dead car batteries… but that’s another story.

Then there is the local movie theater; large screens in excess of 50 feet. Most of them have pretty good sound, not all, but most do. But it’s the size of the image that draws you in to the movie. And that is what we try to recreate in our own homes. The image that may even make you move your head from side to side to soak in every detail that is being projected on that big screen.

Maybe you don’t have the space for a dedicated home theater and you have to incorporate the projector and screen into a family room or living room. That used to be a problem because of all the ambient light that would spill into a room and make the picture nearly impossible to watch. But now companies like Screen Innovations make screens like the Black Diamond that use every bit of light your projector sends to it, and reflects the light away from the image that is coming through your windows.

I enjoy movie night with my family, we also enjoy having people over for dinner and everyone looks forward to going down to the home theater afterward and watching a movie on the 120 inch screen. I recently purchased a JVC projector like the one we have in our showroom at the store. Wow, what a great picture and we also enjoy the 3D capabilities of the projector. In my home 3D is not a fad, it’s alive and well!

So LCD/LED flat panel TV’s have their place. Watching the news, weekly sitcoms the occasional movie from Netflix or VuDu. But for me, if you want the movie theater experience in your own home, then a projector and screen is the way to go. Thanks again for reading.